Said he's announcing at the Under Armour game between Nebraska, USC and TCU.   Has already informed all of the schools where he's going and shut down his recruitment.

Will now announce his decision and sign next week.  Early enrollee.   Was going to go to Pola-Gates route where he signed in December but didn't announce until the all-star game.  But now wi 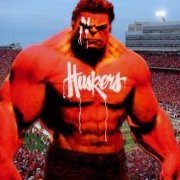