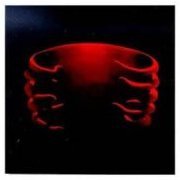 Comments on the red-white scrimmage Apparently not a sell out, but a pretty impressive showing for Husker fan as a volleyball scrimmage still manages to pull in the upper 7K in attendance. I do f

Quite the impressive list of first-teamers here.  Three each from Minnesota, Nebraska, Penn State & Wisconsin.     Huskers have one more on the second team. Wisconsin with anot

I'm not going to get too geeked up about a non-conference matchup with a traditional power. Win or lose, this match really means nothing in the long run. What matters is winning six games in the NCAA