Would you like to see Texas & OU in the B1G West? 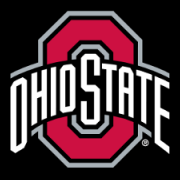 your post suggests to me that you are an old person.

Puppies tend to be too gamey for my liking.