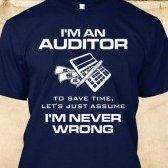 Did he miss a game that I wasn't aware of?  My guess is that he put that picture out there to try to quiet the narrative that he's not around the program.

I’ll go out on a limb with predictions:   1. Sevion Morrison will play as freshman, and we will forget about Mo Washington because of it.   2. Marvin Scott will also show us some huge