8-0 heading into November. This is the most favorable football schedule in many years.    Please shower this post with Kool-Aid if u want!

This makes no sense to me. Every program plays a couple lesser opponents as they try to get everything clicking at the beginning of the year. A couple wins over easy opponents isn't keeping Frost here 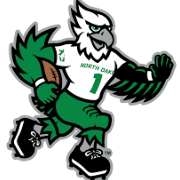 Hello,   North Dakota Fighting Hawks fan here.  Tickets just became available for our fans for the game against you guys on Sept 3rd.  Secured the max quantity (8) for our group.  Can't tell