By dvdcrr,
January 27, 2020 in Football Recruiting

Wait, so NU should have offered a scholarship to a punter that is walking on at wyoming, with possible academic issues to boot?   Seems legit. 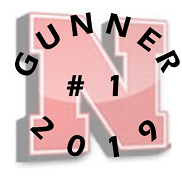 OP witnessed the greatest punt in Memorial Stadium history and believes this guy should be a 3 way starter.

Like I said, this might be a miss for Nebraska.  What I don't get is why you are taking this so personally.  Is this your son?