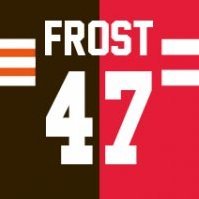 I, for one, appreciate new threads when there’s significant news like this. It seems silly to bury stories in generic threads.   The past season when we had every story in one thread about the

It always surprises me that, as important as a kicker is, they are usually asked to walk-on.

Pickering leaves the kicking game in a pickle.  Also feels like a kick to the pickle too