The Way to Early 2024 Presidential Election 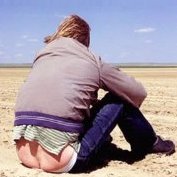 Just to be clear, Trump, as president of the United States, lied to the American Public about Covid disappearing by April when he knew the disease was worse.

And tax cuts for the wealthy is the superior alternative?    Most of the time, Republicans don't acknowledge problems as even existing - like Climate Change - to even offer a contrasting pol

Not really. Dems offer complex policy solutions to complex problems.   Republicans just say "Mexicans are rapists and murders" and get elected.   It's simply easier for them becaus