By HuskerNation1,
November 27, 2020 in Husker Football 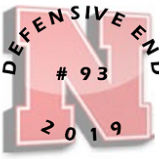 Enough of this s#!t.  If this is the best you have to offer, go crawl back under your bridge.

Some fans are such f#&%ing idiots. Every time we lose we get one of these Mensa posts to fire everybody. It’s like they’ve had their head buried in the sand for the last 20 years. SMFH

I mean you can see that the team plays way better than they have the last few years. Literally every play maker is a freshman or sophomore