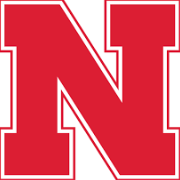 I’m not trying to sound like an a$$h@!e I know this year has been trying not only for football but the general everyday stuff but if true they players said no means they don’t have the champion mind s

Dammit, these kids are weak because they aren't considering how us entitled fans are disappointed by them not doing what we want to be able to dictate to them to do.   Obviously them jumping

How come these damn selfish kids don’t work hard and run fast and stay separated from their families so I that I can watch them on my comfy chair over some Carne Asada fries and and 12 PBRs?  Damn mil