Thunderin' Bolts vs. Northwestern (The Battle for NU, Hardball Edition)

By hskrfan4life,
May 10 in Husker Baseball

How will Nebraska fare? 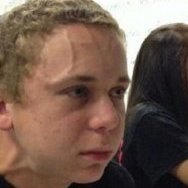 Ok.. so it's cool for you to PROJECT your opinion on them and everyone whom thinks different than you? By your "projection" "get vaccinated" "its inexcusable at this time"... that mate IS authoritativ

If they’ll couldn’t play due to Covid then sure. They had 20 guys. Most conferences only allow 25-27 to travel anyways. I counted 2 dudes who have pitched college innings for NW who traveled to Lincol