Minnesota: What Did We Learn? 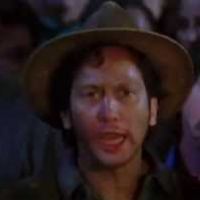 By Hammerhead,
October 16, 2021 in Husker Football

Martinez only QB that I have seen that can constantly over throw a 6'9 TE.

I learned that most people on this board were all on coach chins and frost for the long haul after losing last week to michigan.  I learned that people are fickle when they dont get there way and are

Seriously. Bowl eligibility on the line, team that has had your number, conf game, possibly your coaches job on the line…and you can’t get up for it? Jesus.