There's a fella literally named Korn out there coaching an option offense and we're going to pretend this isn't a super obvious sign from the universe?

You joined to make these posts?!?!   Sounds like you’re a real winner. 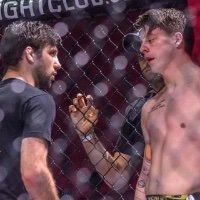 The entire fanbase is doom and gloom with 0 evidence of something going wrong. Take a chill pill. It's going to be alright.