I don't think we're misinterpreting your incessant self aggrandizing back-patting.   Teacher of the Year?!??! 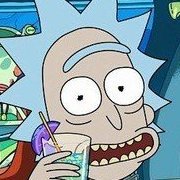