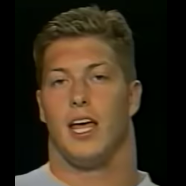 I look at the second half against Michigan, pretty much the entire Wisconsin game, the Northwestern game and I really believe that Frost’s playbook has been outstanding.    What’s been lacking

Hey Mark,   I know you've been coaching for 40 years, including on NFL Super Bowl Teams, and guiding Colleges to Major Bowl games - but the message board fans are advising you to adjust your

Perhaps I'm in the minority but Frost's play calling never registered as much of an issue with me, at least in terms of its weight contribution to a loss. There's certainly a rhythm and skill to playc