By The Murphinator,
March 21 in Husker Basketball

Apparently that still doesn't completely close the door anymore.   But he's not coming back.

I hope he does great in the NBA but I never saw him as the dominating player I thought he would be. I think he’ll do much better as just another guy on the floor. 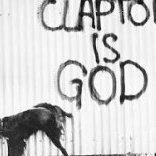 Agreed - that's why I thought he would be better off staying in college for another year.   I kind of looked at it as stay in college get NIL in the mid-6 figure range and play 30+ minutes e