By Mavric,
May 19 in Husker Baseball 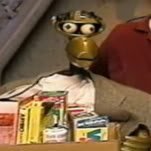 I don't know who makes the call on rain delays, but it was reported that Purdue declined Maryland's request for a Friday doubleheader based on a "window" today. The window was there, and Purdue didn't

Maryland has a flight out of town at 8 PM, so their curfew is 5:30 PM Eastern.  Even if they start right now, will be tough to get a game in.  I know you say the team sucked a$$ all season it in your

I'm a fan of Bolt and I think this is a 1-year blip for NU baseball, but the Huskers have sucked all season and it's fitting to not make the Big Ten Tournament in Omaha.