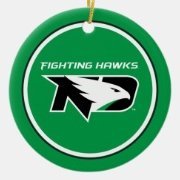 By SiouxFan100,
July 29 in Husker Football

Interesting Tid Bit on sports nightly... Seems the UND fanbase will be showing up for the game. They (UND fans) have purchased the most visitor tickets of all our home games this year.

Yeah it's indoor tailgating with a bunch of tvs and one of the only places to serve alchohol on campus. You won't be able to take any of it outside though so no take-out. It does offer a very near to