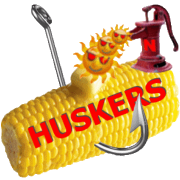 By Hooked on Huskers,
August 4 in Husker Football

There's not much 'direction' involved in being as far away from competing for championships in year seven as you were in year one. That's much better than where we're at now, but it's also standing st

I am not dwelling on this but Bo was successful and had Neb going in the right direction. I was at the Holiday Bowl when he proclaimed that…and at that moment, Nebraska was on a roll. The media and bo

Along with a fairly large portion of the fan base.   Bo had fewer people on his side at the end than against him. And people really, really wanted him to succeed.   He was his own