Who should our next HC be? 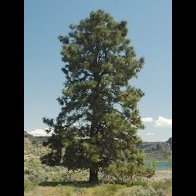 heres my take.... Matt campbell would be a bad fit. his style to impact the lives of players (build good men) and win some games along the way.. that will not play with nebraska fans.    thi

Deion’s burner account isn’t as interesting as I thought it would be.

Deion even being seriously discussed is frankly comical, particularly in comparison to someone like Dave Aranda, whose laundry list of accomplishments as a defense coordinator and head coach at the FB