By Mavric,
September 6 in Husker Football 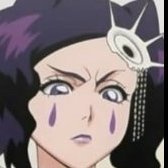 So are we supposed search for the tweet(s) in question?

Probably should go after that Ernest Haussmann kid.

NIL and Transfer Portal has ruined college football.  There.  I said it....