How many regular season games does Mickey Joseph have to win to be given the job?

By The Scarlet Pimpernel,
September 15, 2022 in Husker Football

How many regular season wins does Nebraska need for MJ to be hired as new HC?

That’s awful.  Nobody should be given the job based on race.

I guess theres only one thing to do here folks. 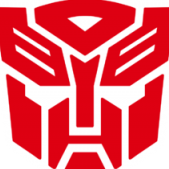 If he wins 9 games and does NOT get the job, I am glad I am the one not having to explain to America why a minority coach who took a dumpster fire and went undefeated did not atleast get a 2 year cont