This Game was More About 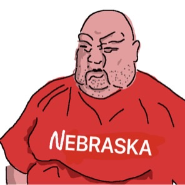 OP, I hate to tell you, but we're easily the worst team in the Big Ten and one of the worst in the FBS.

I mean we lost to what looks to be a pretty terrible Northwestern team, you sure about that Clark?